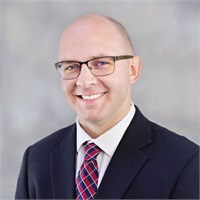 Ross Bauer joined the Compass Financial Resources, LLC team in October 2018 and the Ameritime, LLC team in September 2019 after spending ten years in the insurance and appraisal industries. Ross was raised on a farm in western Kansas and earned a Business degree from Kansas State University. Ross works primarily with Rob Lane completing behind-the-scenes tasks as well as conducting Fact-Finding/Discovery meetings with Rob’s clients. Ross currently works out of the Olathe office.

Outside of work, Ross cherishes spending time with his family and enjoying the great outdoors. He and his wife, Sara, have been married since 2009, and they have been blessed with four rambunctious boys: Nolan, Jake, Collin and Brock.